Women Belong in the Skilled Trades

Melissa Cooke, Red Seal Plumber | After a short time working in the plumbing trade, Melissa Cooke’s male colleagues were accepting and ‘treated her like a sister’. But she admits that she had to work hard to get there.

“A lot of the guys didn’t understand why a woman would want to pick a male dominated trade. I had to work hard to prove that I wanted to be treated as an equal and that I didn’t want special treatment.”

Like many youth after finishing high school, Melissa Cooke wasn’t sure what career path she wanted to take. She had always been a hands-on, creative person who enjoyed crafts and puzzles and knew that she didn’t want an office job. She applied for the Nursing program at Dalhousie University and was not only accepted but awarded a scholarship. However, 2 years into the program and working late nights as a bartender to help cover living expenses, she realized that she didn’t want a career where she would have to work late nights.

While sitting on a Metro bus, Melissa noticed an ad for Women Unlimited - a program that promotes the full participation of women in trades and technologies by allowing them to explore a variety of programs that are available through the Nova Scotia Community College. She liked the diversity that the plumbing trade had to offer and enrolled in the pipe trades program.

Melissa pursued the plumber trade and worked for 3 years with Dartmouth Central Plumbing and Heating. She was later employed with the Department of Transportation and Active Transit (formerly Transportation and Infrastructure and Renewal) where she worked at maintaining the plumbing in government buildings throughout Nova Scotia. She completed her third and fourth year of the apprenticeship program there and said that her employer not only helped her learn the skills she needed but encouraged her to complete her apprenticeship program.

“As an apprentice, it’s important to work in a place where you’re given an opportunity to learn a lot of different aspects in the trade so that when you’re on your own, you’re more prepared.”

Women bring a different skill set to the trades

Melissa said that the journeypersons were all very supportive and that after a short while of her working alongside her male colleagues, they quickly realized that women belong in the skilled trades (fit in “quite nicely”). “There are areas of plumbing, especially in the finishing side of things, where women have more of a keen eye to leave things how a homeowner would want it left,” she said. “It took a while to get their respect, but it was definitely earned. Eventually, they looked at me like I was their sister – they were pretty protective of me,” she added.

Melissa achieved her Certificate of Qualification bearing the Red Seal in Plumbing in August 2020 and credits a large part of her success to the mentors that she met along her apprenticeship journey. “I found a great support system and met a lot of amazing role models who helped me. I don’t know if I would have made it without those connections,” she said. When asked what advice she would give to a woman who is considering a career in a trade, her response was, “Go for it...It’s not going to be easy, but it’s going to be rewarding.” 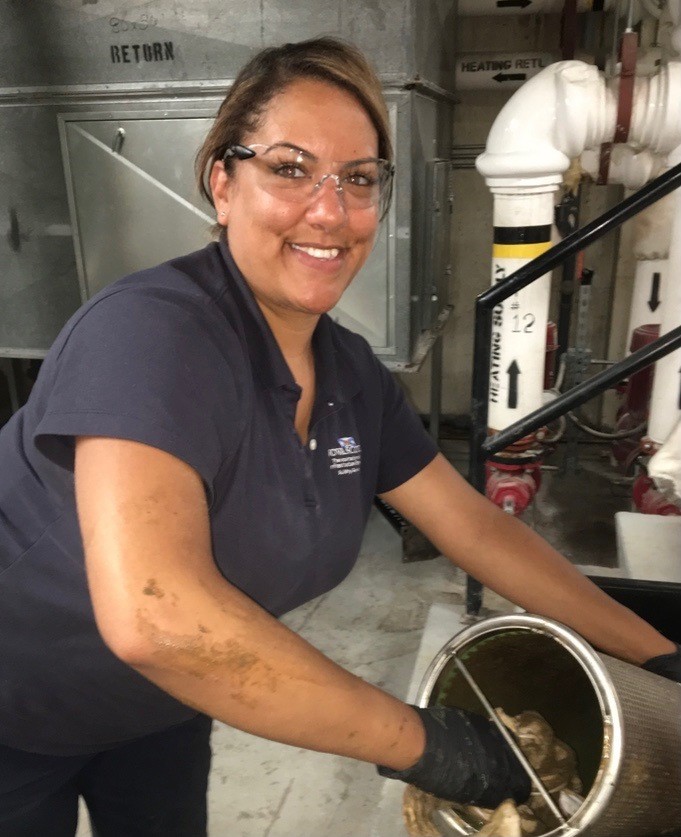